Beware, we snark here, all in good fun

sippie: I wasn't even watching but I got a personal shout out notification

I guess I had the biggest mouth on the subject 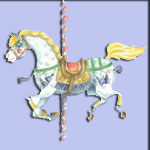 istersay: a lot of earthquakes in salton sea that happens to be on san andreas fault

istersay: I saw that simon news on twitter, i hope he's okay

Sip: ister I'm so sorry. Hope you have some comfort and peace. Will pray for your friend

istersay: found out my best friend is gravely ill, and won't make it through the night

istersay: thanks for the links sip

they have music festivals here too, but there are none right now or concerts either, because of the virus